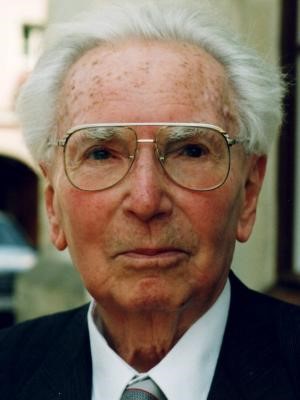 Logotherapy is a decades-old psychotherapeutic approach developed by Viktor Frankl. The driving force behind logotherapy is the idea that human beings are most motivated by a search for meaning, indicating that the meaning of life is the biggest question on our minds and the biggest stressor on our psyches.

This article will walk through what logotherapy is and how it is conducted, and will also review the modern-day relevance of logotherapy if any.

What is Logotherapy? A Definition

According to Viktor Frankl,

“logotherapy focuses on the search for the meaning of human existence” (Frankl, 1958).

The main idea behind logotherapy is “that lack of meaning is the chief source of stress as well as anxiety, and logotherapy aids the patients to reach the meaning of life” (Faramarzi & Bavali, 2017).

In other words, logotherapy is a type of psychotherapy that believes that lack of meaning causes mental health issues, so it attempts to help people find meaning in order to help solve their problems.

Logotherapy is considered to be the third school of Viennese psychotherapy, along with Sigmund Freud’s psychoanalysis and Alfred Adler’s individual psychology. Logotherapy is defined by the idea that humans are motivated by a “will to meaning” as opposed to the “will to pleasure” and “will to power” highlighted by Freud and Adler, respectively (Ameli & Dattilio, 2013).

Logotherapy partially grew out of Frankl’s frustrations with these other schools of thought. Specifically, Frankl felt that psychoanalysis was too reductionist, in that it “abandoned genuine and spontaneous human encounter for methodological reasons” (Langle & Sykes, 2006).

On the other hand, he disagreed with Alfred Adler and individual psychology by claiming that people “not only seek to understand their own existence, they seek a meaning to their lives” (Langle & Sykes, 2006). In other words, Frankl felt that psychoanalysis lacked a human element and that individual psychology ignored the question of meaning. To Frankl, these shortcomings of Viennese psychotherapy necessitated the creation of a new type of psychotherapy, which became his logotherapy.

How does Logotherapy Differ from other Psychotherapy?

Logotherapy does not conflict with psychotherapy but is instead simply focused on meaning. Logotherapists believe that a lack of meaning can lead to “emptiness, hopelessness, or despair”, so they try to help people find meaning “through ‘creative values’, ‘experiential values’, and ‘attitudinal values’” (Ameli & Dattilio, 2013). The techniques used in logotherapy underline this mission.

Some of these techniques include paradoxical intention, dereflection, and attitude modification (Ameli & Dattilio, 2013). Paradoxical intention is a technique similar to exposure therapy where a client uses humor to get over their greatest fear. For example, a client who constantly worries about car accidents might humorously wish loudly to get into a car accident to distance themselves from the fear.

Dereflection, based on “self-transcendence”, attempts to redirect unhealthy amounts of attention on a problem from the problem to a more meaningful object of attention. For example, a logotherapist might help a client move their focus from the negative things in their life (like money troubles) to the motivating things or people in their lives (like the family members they want to make money for), in order to foster a goal-oriented lifestyle. Dereflection is most often used with maladaptive neuroses such as sexual disorders, though.

Attitude modification focuses on modifying one’s attitude, as opposed to modifying one’s thoughts or behaviors. For example, a client who is grieving a recent loss might be encouraged to adopt a new attitude towards the loss in order to process their situation better. All three of these techniques underscore logotherapy’s focus on meaning by helping clients identify what actually gives their lives meaning, and what they should focus on in turn.

Does Logotherapy have a Place in Modern Psychotherapy?

Like the other schools of Viennese Psychotherapy, logotherapy is decades-old, which means it is important to evaluate its modern-day relevance. Since logotherapy is simply a type of therapy that focuses on humanity’s “will to meaning”, it can be integrated into all sorts of modern psychological treatments and interventions. In fact, Viktor Frankl himself “viewed logotherapy as an open system, a collaborative approach that could be combined with other psychotherapy orientations” (Ameli & Dattalio, 2013).

This indicates that logotherapy is widely applicable to a number of situations that might arise in therapy. Modern psychology views logotherapy as

“a therapy for the sick, support for the sufferer, education for the confused, and philosophy for the frustrated … logotherapy has developed methods for working with clients who suffer from phobias in their sexual behavior, have incurable diseases, or lead empty and meaningless lives” (Faramarzi & Bavali, 2017).

This shows the variety of contexts logotherapy can apply to.

Logotherapy can be used by itself to treat a mental health disorder, as most early psychotherapy was used. It can also be used in a positive psychology context to help people with no discernible mental health disorders live a life with meaning, and in turn higher levels of well-being. Logotherapy can also be used in a group or family therapy setting to help people deal with a number of stressors.

The versatility of logotherapy is clear when looking through its modern-day applications. Logotherapy has recently been used to help support students, whether it’s in the context of giving elementary school students a sense of meaning and lowering their levels of depression (Kang et al., 2013), or in the context of giving first-year University students logotherapy-based support (Mason & Nel, 2011).

Logotherapy has also been used to improve the quality of life of adolescents with terminal cancer (Kang et al., 2009). Logotherapy has further been advocated as a treatment for trauma (Lantz, 1996).

Research has also indicated that a lack of meaning can lead to one being more prone to boredom, indicating that logotherapy could even be an effective intervention for someone who is often bored (Melton & Schulenberg, 2007).

Recent psychological commentaries have even gone so far as to claim that “meaning-centered interventions such as logotherapy are of prime importance to the human condition, with applicability to an array of presenting mental health complaints” in contexts such as disaster psychology, serious mental illness, addiction issues, depression and anxiety, and situations involving incurable diseases (Schulenberg et al., 2008). This shows that not only is logotherapy applicable in a variety of psychological contexts but that it is being recognized by psychologists as a valuable, versatile tool in the treatment of several issues. Notably, logotherapy can be integrated into an existing psychotherapy program or it can serve as the sole psychotherapy component of another treatment program.

Logotherapy is a meaning-based approach to psychotherapy conceived of by Viktor Frankl which has been in use for decades. As time has gone on, logotherapy has not fallen into disuse, which is a testament to its versatility and its ability to be integrated into other treatment plans. Since logotherapy can be used in the treatment of a variety of mental health disorders (and even in the context of no mental health disorders), it should stick around psychology for a long time.

While psychology is a younger field than biology or chemistry, it has been around long enough for some of its enduring concepts to seem ancient and outdated. The case of logotherapy shows that just because something has been around for a long time does not mean it is not useful anymore. In fact, old approaches like logotherapy which can be easily integrated into more modern treatment programs can serve as tried-and-true foundations for any mental health interventions.